Where is the heat lost at home?

With winter, the need to activate mechanisms to save on heating is a common concern.

Achieving this is only possible in buildings with maximum energy efficiency.

And to achieve this, thermal analysis is essential. Thermography allows to record graphically the different temperatures of a space and discover where each point of heat loss or thermal bridge is located.

Why is heat lost?

Entities such as the National Association of Manufacturers of Insulating Materials estimate that more than half of Spain’s residential buildings predate 1979, the year in which the first regulation on thermal insulation was approved. Thus, much of our homes and hotels were built without measures to eliminate heat losses in winter and cold in summer. Heat is always lost through thermal bridges, which are the areas of a property where heat is transmitted better than in adjoining areas. The presence of thermal bridges is always linked to the conductivity and thickness of the materials used when building the building. 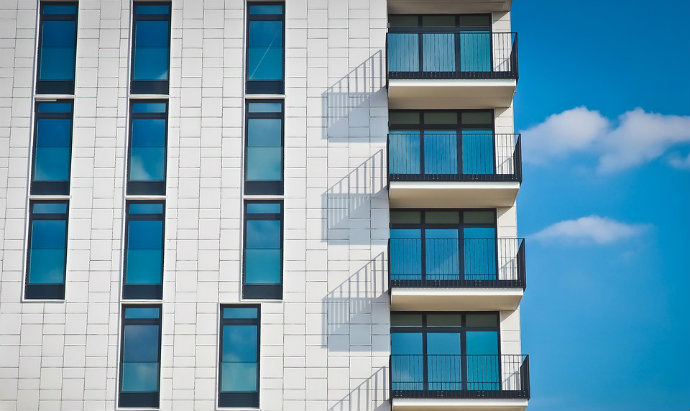 Doors, windows, roofs, walls, drawers of blinds and even pipes

Experiences such as the campaign to carry out more than a thousand thermography that took place in 2015 in the town of Miranda de Ebro show that most heat losses (we are talking about 68%) they are produced through windows and doors, which act as thermal bridges.

Other critical points located during that campaign were those located in the drawers of the blinds. The study showed that up to 52% of the homes analyzed were lost in heat. However, problems are not limited to such points, because walls are also key elements. A wall in contact with the outside already implies the possibility of a loss of heat and, therefore, correct insulation is basic.

Just as walls are a critical point, ceilings act identically. To minimize heat losses in each other it is essential to opt for walls with hollow bricks or materials such as cork, polyurethane, fiberglass or stone wool. The latter two are especially suitable for insulating ceilings, as are special paints that deflect heat.

With regard to windows, the first thing to do is to make sure they close tightly. Double and aluminum windows with the capacity to break eventual thermal bridges are optimal. Pipes are another heat leaking point on which it is appropriate to act.

If your goal, now that winter arrives, is to get a saving in heating, it is advisable to order as soon a thermal analysis of our house and project the necessary actions on windows, walls, ceilings, pipes, floors and drawers of Blinds. Thus, we must improve the thermal insulation of walls and ceilings with the most suitable materials and install more efficient windows: simply by choosing suitable glass you can reduce the bill by 25%. You also have to insulate pipes and drawers of blinds and assess the possibility of installing a heating system by underfloor heating. Your health and your pocket will thank you.

Made with ❤ PUNTO ZERO Visual